I spend a great deal of time cruising around Houston checking out local music venues and open mics.  I am convinced that the local music scene in Houston is second to none.  I know there are a lot of cities out there that are “known” for their music scene, but I’m talking about the great variety of musicians and welcoming venues. There are well over 30 open mics and/or jams every week in the Houston area.  Pretty much any night of the week in any part of town there is a stage that welcomes local musicians.  It truly is a huge and supportive community.  Many thanks to everyone who keeps the local music scene alive through your participation either as a musician or a music lover.
With the Easter weekend approaching we had a light turnout at The First Tee this last Thursday.  That was no damper on the great music and good fun we had though.  The First Tee has been an excellent venue for our open mic.  They have a nice stage, an appreciative audience and an excellent staff.  Thursday night is also Steak Night.  Come in early and get an awesome steak, potato and salad for a price that even starving musicians can afford.  They start cooking at 5:00 and keep going until they run out.  Most nights that is pretty quick so make sure you get there early.
Here is the roster from Thursday April 22, 2011.
Zane Nordin opened the show. 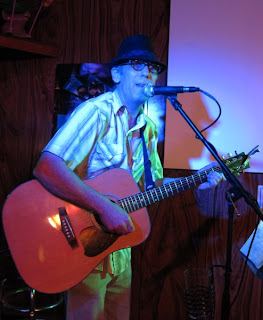 Keith Craik is our "house fiddler".
He is happy and able to play just about anything. 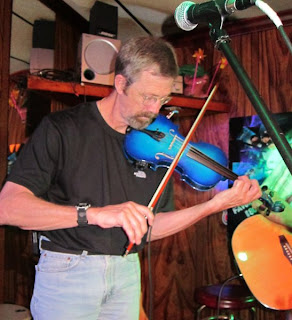 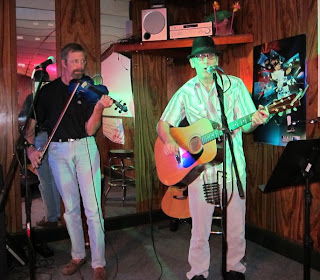 Van Buchanan was next up and opened his set with
"Four Strong Winds" as a tribute to Earth Day. 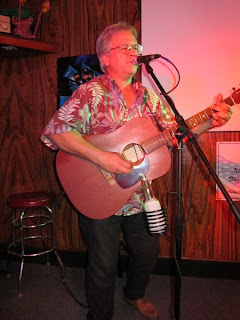 John Durr is a member of a great
classic rock band called The Remnants of Polaris.
He also comes out regularly and plays solo for us. 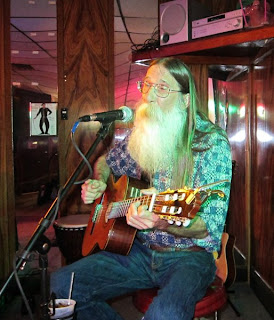 We haven't seen Donnie Sands for a while,
and it's always a pleasure to have him on our stage. 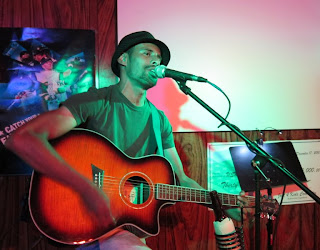 Our good friend and regular Josh Wager took the stage next. 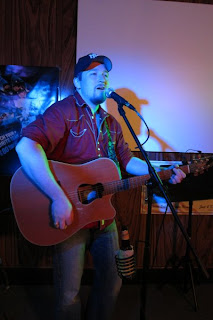 Josh got Keith to back him up as well. 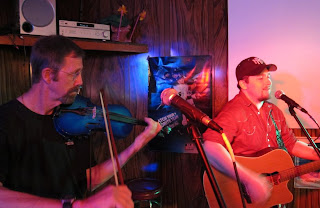 Bruce Ross is another regular favorite at The First Tee. 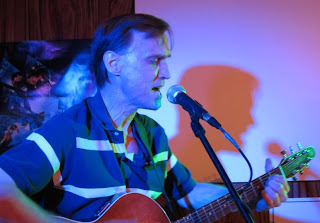 Jason Hykle is certainly no stranger at the First Tee either
although we're not used to hearing him so late in the evening.
Jason got some excellent backup guitar from Willie B. 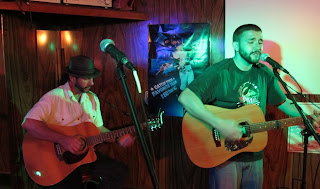 Brandon Jentzen was in the house last week.
We haven't seen him in a while....something about a day job.
Anyway great to see him back at The Tee. 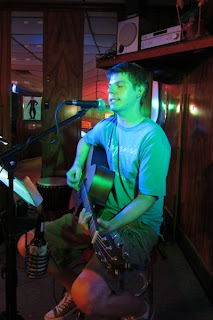 Jason Waggoner is relatively new to our open mic.
Jason is a new transplant in the Houston area and is just
beginning to scope out the local music scene.
He seems to like what he sees, and we sure like
what we hear from Jason. 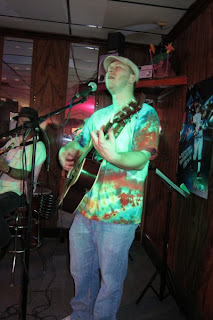 Chrysa Ford has been coming around to listen at open mics for a while.
Recently she has worked up a few songs and is performing a-Capella. 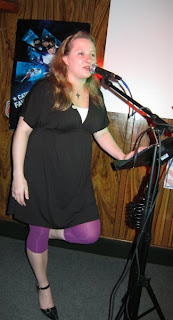 As mentioned before Willie B was in the house.
Jason Waggoner backed him up for this set. 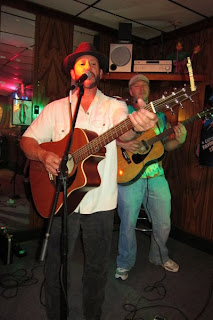 With a roster like this and a healthy handful of listeners it was a great night of music at The First Tee.  Come on out and join us every Thursday night for a fun and friendly acoustic music open mic.
Hope to see you out and about this week!
Posted by Rusty Winz at 8:53 PM 0 comments