Last Thursday night at Ashford Arms Open Mic was a blast.  It started off looking like it was going to be another seasonally slow night but by the end of the night we had 12 acts on the stage.  That, my friends is a pretty good night. 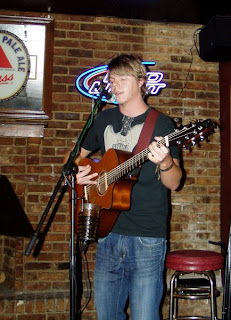 We started off the evening with Brandon Jantzen.   Brandon has been a regular player at the Ashford for about 6 months now.
It’s always good to hear him lay down his jams with “Drummer Dave” Dempsey helping him out. 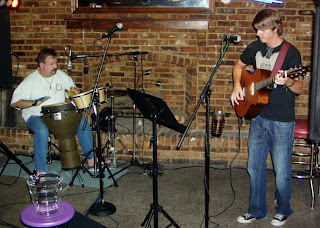 He also brought Keith Craik with his fiddle up for a song or two. 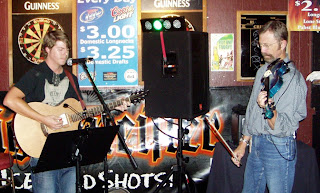 This night brought us another new player at the Ashford Arms.  It’s always a pleasure to have new people show up, and John Batten was no exception.  He battled through his first timer nervousness and played  some very good covers and good bluesy original.  We sure hope he keeps coming back. 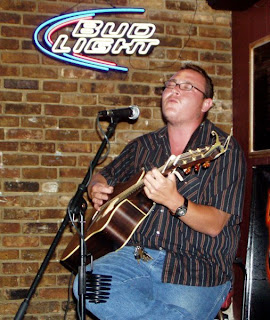 Tina Allen and Mitch Tiffin were in the house Thursday.  Tina and Mitch have joined together to create an excellent duet with a rich country flavor. 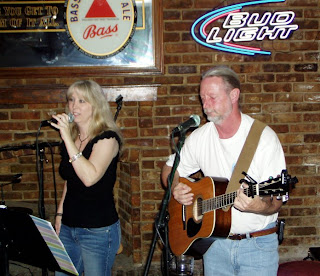 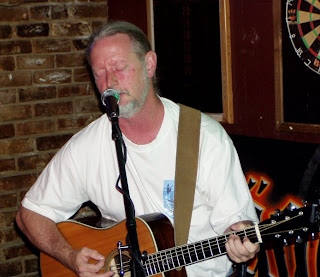 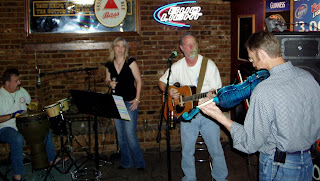 Josh Wager is another die hard regular at the Ashford.  We love the new folks, but the steadfast support we get from the regulars is welcome and necessary.  Josh also brings a country sound to mic and has a good time doing it. 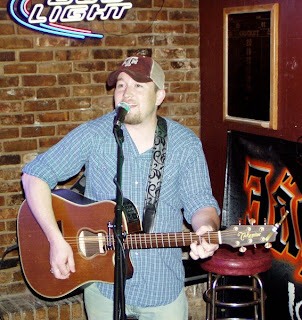 Following Josh was Ashford’s own Chris Greene.  Chris is an old friend of the Ashford Arms and when we brought the open mic in he couldn’t really avoid it.  He is a fine player and vocalist and it’s always a pleasure to have him on the stage. 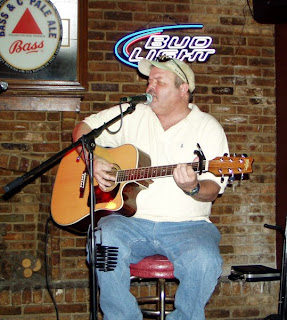 Tony Ryan was next on stage.  It’s always good to see Tony front and center.  He plays bass for The Hard Times Troubadours, but he’s pretty damn good with that six string as well. 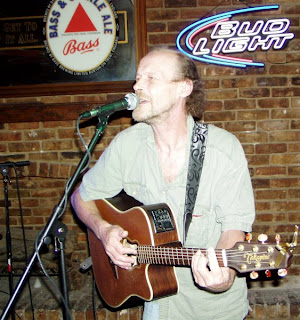 Zane Nordin came out sporting his new summer style.  You can always count on Zane to be entertaining, and a snappy dresser. 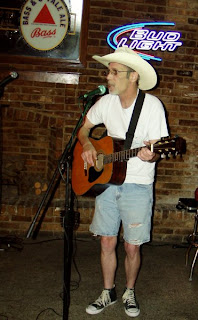 Next up, Bruce Ross.  Bruce has been bringing in some nice arrangements from his band The Significant Others.  That’s what open mic is all about.  Trying out new stuff and getting comfortable with it on stage. 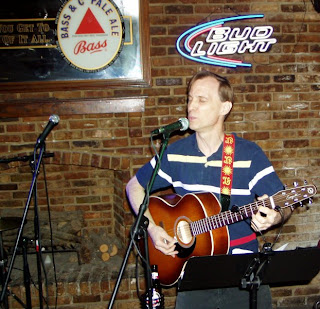 Speaking of what Open Mic is all about…Amy Waters was back at Ashford Arms last week.  Amy is relatively new to performing publically.  She is also pretty new at guitar playing.  She didn’t let either one of those things keep her from showing up to an open mic a few weeks ago and giving it her best.  She is now a regular at a few different open mics and sounding better each time she plays. 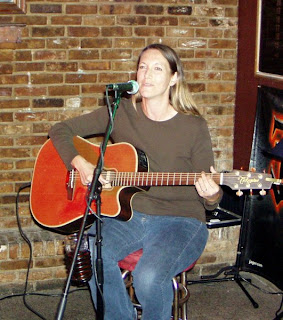 It was great to see Clyde Sayre at the Ashford.  I see Clyde at other open mics, but he has never played at this one.  It just so happened he was in the house for a dart tournament, so we borrowed Josh’s guitar and got him up for a few songs.  Clyde always does a fun and entertaining set.  Steve Telfer jumped in with his flute as well. 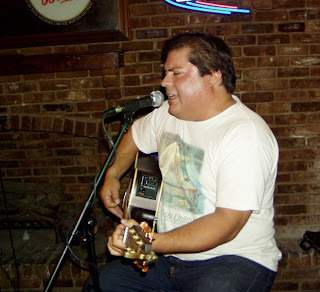 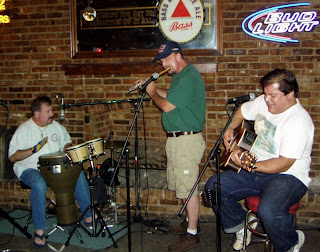 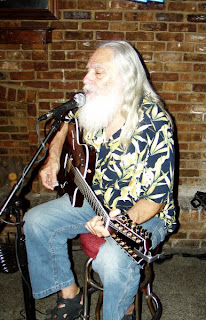 Captain Rick made a late appearance.  He just came off a gig at The County Line for Steak Night and hustled over to the Ashford Arms for a set.


Many thanks to all of the musicians and music fans that make Open Mics so much fun.  And a very special thank you to the fine back up musicians that played this week.  "Drummer Dave" Dempsey, Kieth Craik on Fiddle, Tony Ryan on Bass Guitar, and Steve Telfer on Flute. 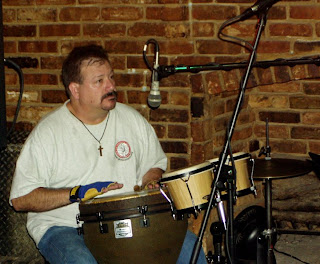 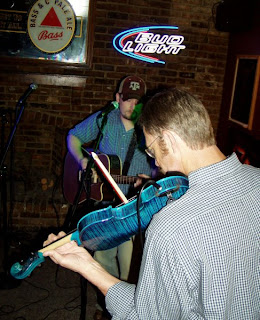 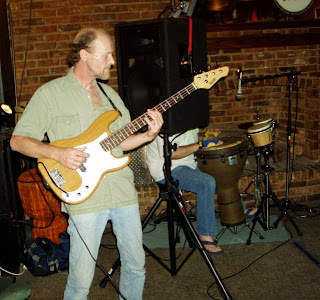 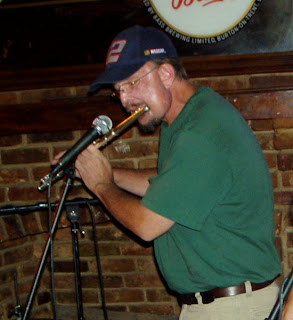 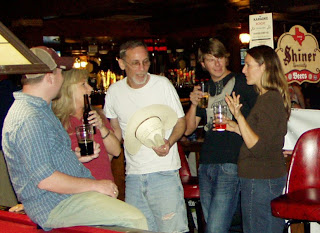 Join us every Thursday at The Ashford Arms Irish Pub for a great Acoustic Music Open Mic.
For more info about Ashford’s Open Mic CLICK HERE
Posted by Rusty Winz at 11:38 AM 0 comments

Things were a bit slow at Churchill's last Tuesday, but that didn't stop us from having plenty of fun and playing music.  Seems like whether we have a few players or a few too many, it's always a good time.  Churchill's is just a good place to hang out with friends.  They have good food and drink specials throughout the week,  Open Mic every Tuesday, Karaoke every Thursday, bands every Friday and Saturday, and solo or small combo groups on Sunday afternoons.  This alleged sports bar is quickly turning into a popular music venue.

The Open Mic lineup on Tuesday was John Barton, Randy Soffar, and Bruce Ross. Everyone got their spotlight, and then we pretty much just jammed the night away.  Plenty of fun and the bar patrons were appreciative.

Here is John Barton opening the evening with Randy Soffar backing him up on the Djembe. 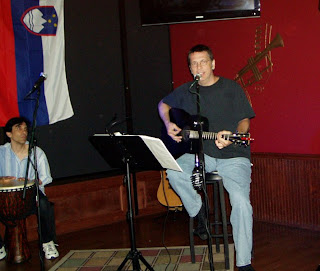 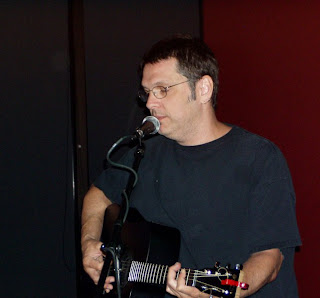 Randy followed John and did a fun long set that included several of his originals from his Z Rock days.  ...and I didn't get one decent picture of him playing.  Here he is having a good time though. 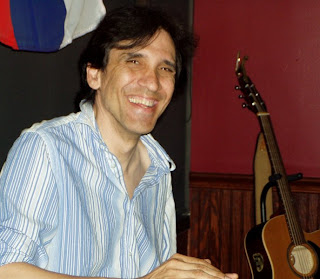 Bruce Ross then took the stage and gave us a nice selection of his arrangements and new songs from his band Significant Others. 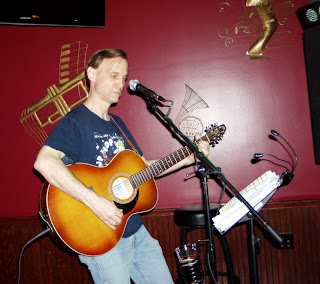 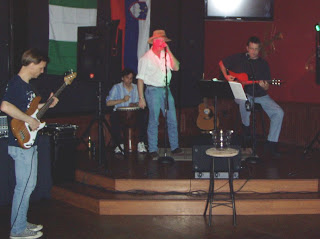 Then friends...
we jammed. 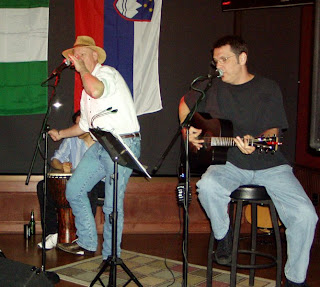 And it was fun.

And this is why we do it. 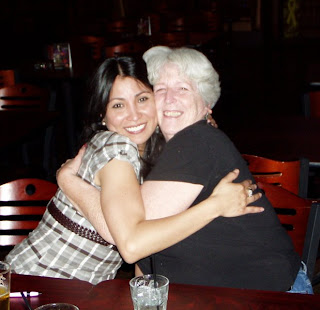 Thanks to Sarah, Marianne and the rest of the folks at Churchill's for supporting live music.